Angelo Mosca owned the syndicated TV rights for the TV show “Pro Wrestling Canada” which was produced by the great Milt Avruskin. They showed NWA bouts which were sometimes up to a year old and did voice-overs on the bouts. Pro Wrestling Canada ran from May 1986 to October 1986 on the CTV Kitchener affiliate channel 13, but that channel wasn’t available to all in the Toronto area.

Mosca later told a reporter that he couldn’t get the show on in Toronto and that’s what killed it. Doug Bassett, head of the CTV Toronto affiliate had told him “it wasn’t family oriented television.” At the time they had WWF, International Wrestling from Montreal, and the Maple Leaf WWF shows on TV in Toronto. While the WWF was tame, the International show was a harder style, a throwback to the 70’s with bloody bouts and great brawls.

“He (Mosca) is president and promoter of Pro Wrestling Canada, with shows on 10 TV stations in the east and two in the west. He stages live shows in Kitchener, Ottawa and Toronto (Varsity Arena), when he is not busy lifting trucks in Chevy Commercials” – Milt Dunnell Toronto Star, November 30, 1986 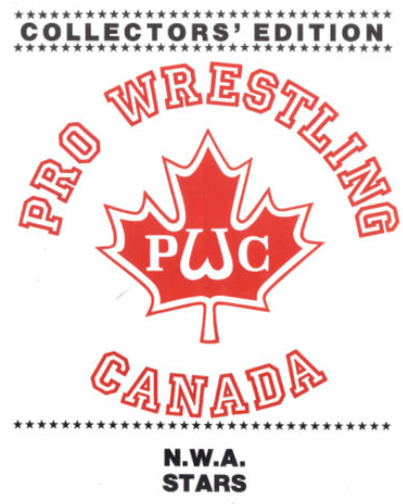 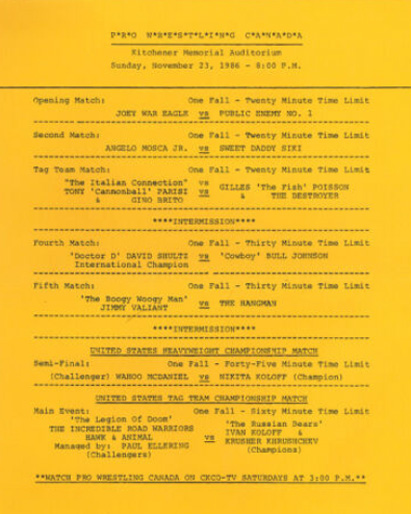