Along with his self-titled show, Oopsy was the host of the station’s variety program, Big Top Talent.

“Big Top Talent was a different animal,” said Kathryn (McNea – Bob and Frances Kay’s daughter). “My mom, Frances Kay, drove the production bus. She would gather and co-ordinate all the talent, review all the shots with the director, then make sure everything was in place and on time for Oopsy’s arrival. The kids and their families were always gobsmacked — it was bigger than life.”

Excerpt from The Waterloo Chronicle  (August 12, 2015) – A Trip Back To Daisyville With Oopsy 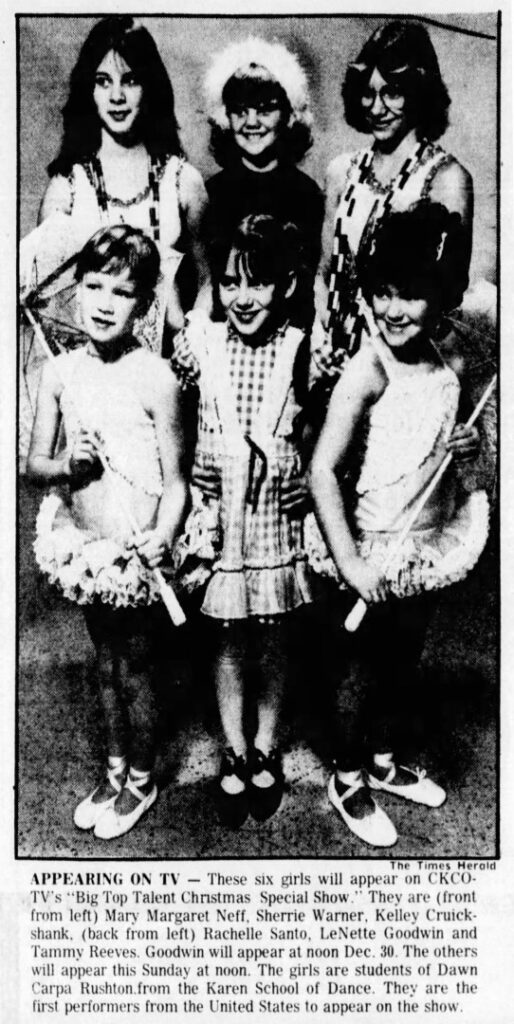 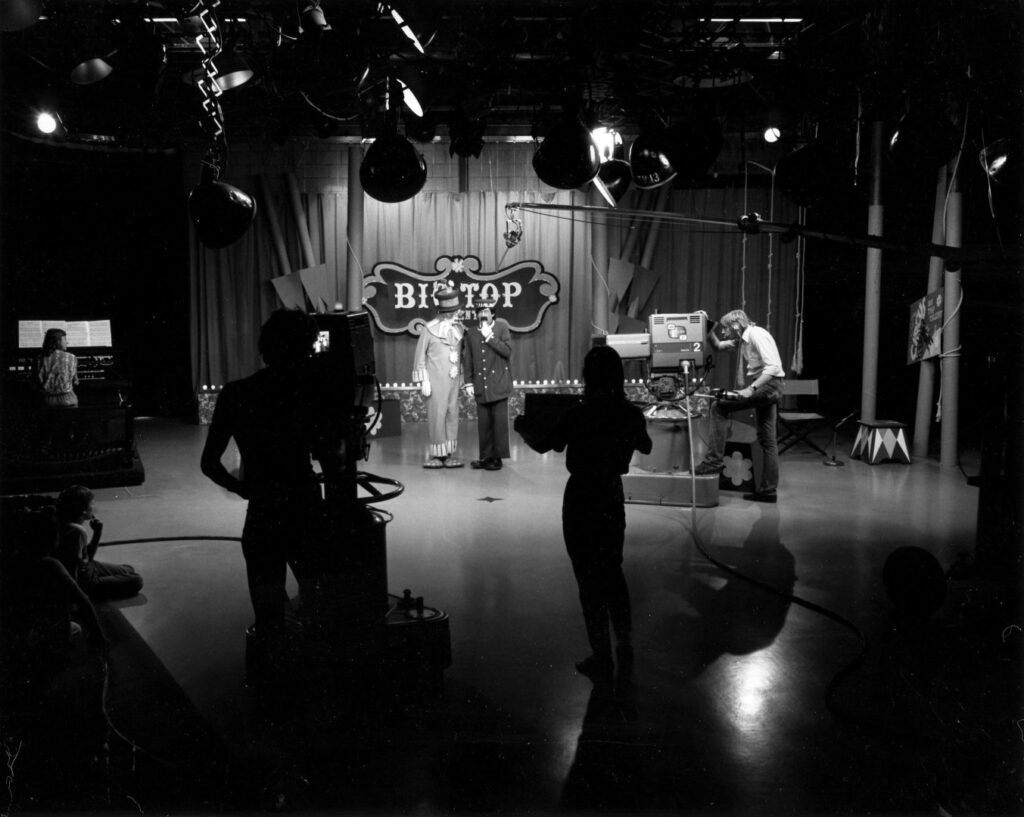