Photographs from the 1950’s 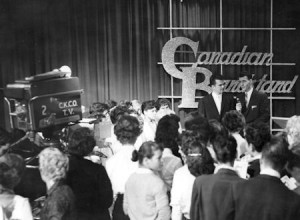 The host of Canadian Bandstand Gary McLaren interviewing guest star Conway Twitty. In those days the guest stars would lip-sync to their hit records. 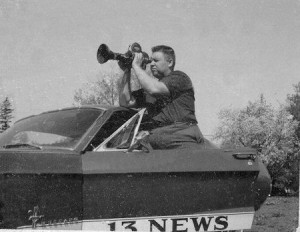 Cameraman Paul Cassel with one of the three 1967 Mustang CKCO News Cruisers. Fastback Mustangs with GT and Shelby style racing stripes were used until 1973. 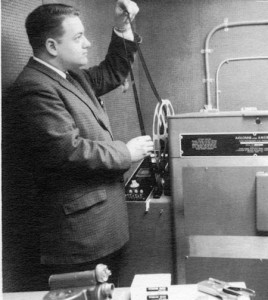 Chief Film Cameraman Doug Lehman, shown in this promotional photo with the stations new “state of the art” film processor which replaced the 3rd party processing that was previously performed by John Columbo Film Labs 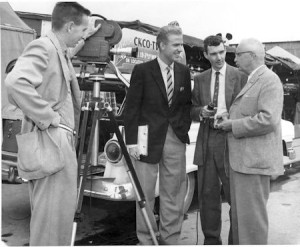 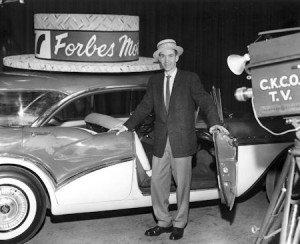 Gary McLaren doing a live commercial for Forbes Motors for this 1957 Buick Caballero wagon. (a rare collectable car today) All commercials were live as video tape was not introduced until the early 60s. 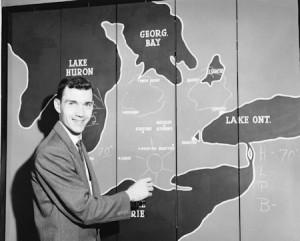 News staff in the 50s performed multiple on-air tasks. Here’s Gary McLaren doing the weather in the late 50s. This weather board would swing on a pivot displaying the National map on reverse. 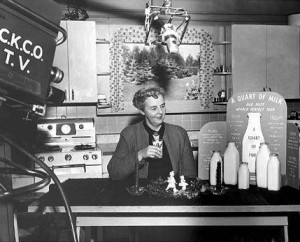 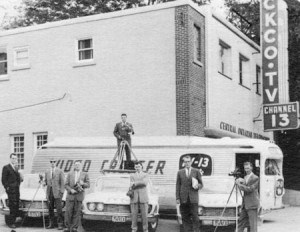 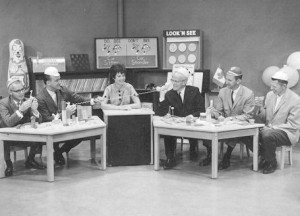 If you have any additional CKCO-TV program memorabilia
you wish to share, please email info@CKCO-History.com