Photos from some lighter moments and significant events at CKCO-TV 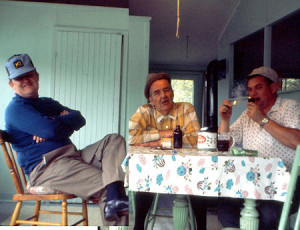 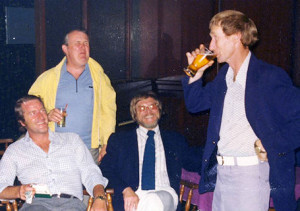 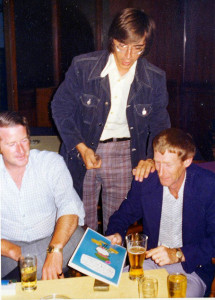 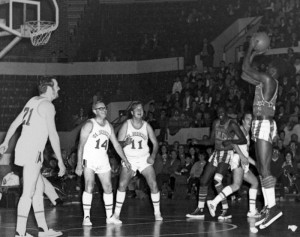 A number of CKCO TV employees participate in a media basketball game in 1969 against the famed Harlem Globe Trotters. During their 15 minutes of fame and decked out in their snappy uniforms (borrowed from The St. Jeromes High School team) they were awed by the dexterity of Meadowlark Lemon and his team mates, plainly seen in the faces of (L to R) Bill Inkol, Henning Grumme and the late Terry Thomas (caught between two Globe Trotters). From footage filed on the game it was pointed out that the media guys touched the ball on at least three occasions. 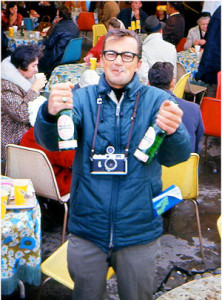 News Cameraman, John Arajas, enjoying a few quarts of Heineken in the German Pavilion at Expo ’67 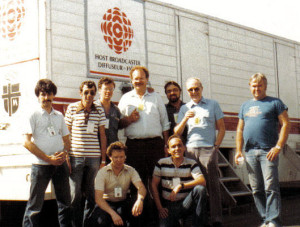 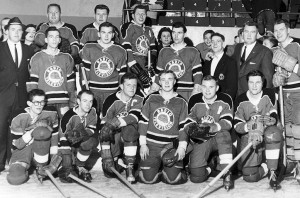 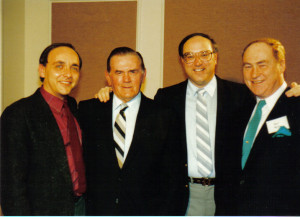 Hockey Game taped at Copps Coliseum. Date Unknowm Paul Francescutti, “Rocket” Richard, Wayne Kooyman and Red Kelly. Let me be perfectly clear, I do NOT have my hand on “The Rockets” shoulder. Photo from Paul Francescutti 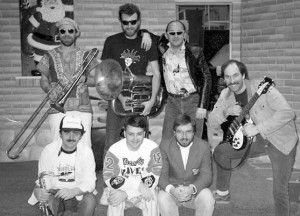 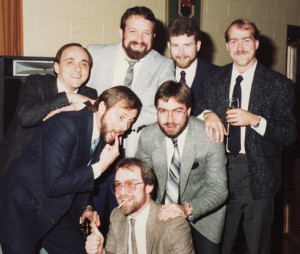