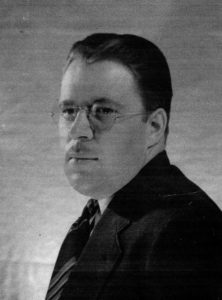 Commercial and industrial photographer Roy Purkis, 169 Cedar St. S., died yesterday in St. Mary’s Hospital after an illness of five months. He was 52.

He had lived in Kitchener since 1939 and did free-lance photography for The Record and CKCO-TV in addition to operating his own photography business.

He was born in Ramsey, England and moved to Preston a year later with his parents, the late Mr. and Mrs. Cecil Purkis.

While in Preston he founded the Preston Boy Scout group that later became the famous Scout House Band. He was a member of the K-W Press Club, the Professional Photographers of Canada, the K-W Sales and Ad Club, Grand River Masonic Lodge and St. Andrew’s Presbyterian Church.

Surviving are his wife, the former Alberta Gibb, whom he married in Galt in 1939; a son Rodney at home; his step-mother Mrs. Cecil Purkis of Preston, and two brothers Harold of Preston and Stanley of London, Ont.

The body is at the Schreiter Sandrock Funeral Home where the service will be conducted at 2 p.m. Saturday by Very Rev. F. G. Stewart. Burial will be at Woodlawn Cemetery.

Donations to the Canadian Cancer Society will be accepted as expressions of sypmathy.