for Rogers Communication Ltd. and member of Markham Kiwanis Club). At Markham-Stouffville Hospital on Tuesday, March 10, 1992, Ron, beloved husband of Lyne, dear father of Grant and his wife Denise, Michele, and step-father of Robin Lawless.

In lieu of flowers, donations to the Canadian Cancer Society would be appreciated. 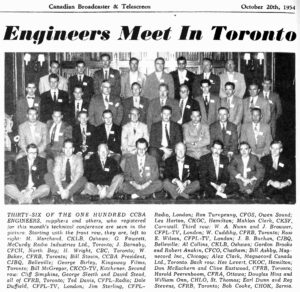 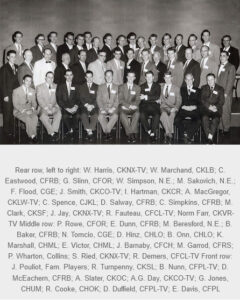 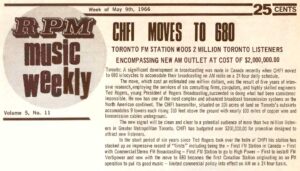 1977 – CHFI-FM developed and adapted a new process for transferring program material to tape cartridge. The system was developed by Ron Turnpenny, Vice President of Engineering for Rogers Radio Broadcasting. The transfer system eliminated much of the phase shift in conventional duplicating which could seriously degrade stereo recordings received over mono radios. CHFI was now fully converted to cartridge use. (CCF)

1984 – Early in the year, Ron Turnpenny, Vice President of Engineering for Rogers Radio, reported that completion of the CFTR-AM Grimsby transmitter site was expected by late in the year. After some delays, work had resumed and the new towers had been delivered. (CCF)

1985 – Kirk Nesbitt as Director of Engineering for Rogers Radio would work with Ron H. Turnpenny, Vice President of Corporate Engineering in the exploration and development of new radio technologies. (CCF) 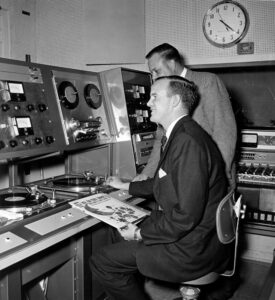 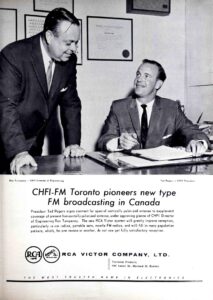 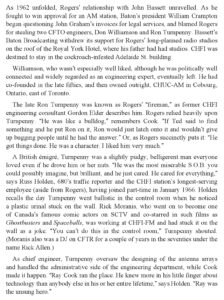 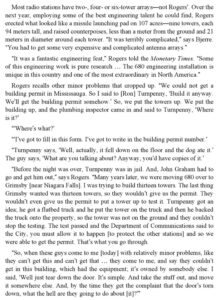 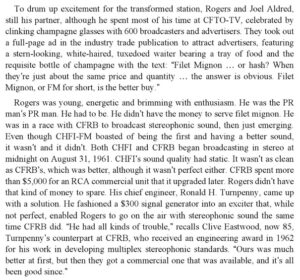