“His roots are in Germany ~ His branches grow in Canada” 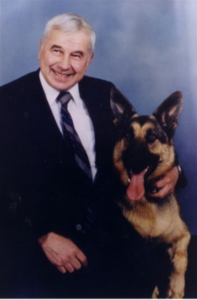 After two weeks in the hospital, on the evening of June 4th, 2008 Peter, holding the hand of Anna, (wife of 35 years), fell asleep forever. Carrying on his legacy are children KATHY (Larry), CHRIS (Monica), MARK (Marion), ROD, ANITA (Patrick), and ALEXANDER (Lacy). Opa cherished his granddaughters, was very proud of his grandson. He recently was delighted to meet his first great grandson. Peter also cared dearly for his pets and was never without a project. He will be sadly missed but joyfully remembered by a large circle of family and friends in Canada and in Germany.

Peter was never one to miss a party and would be a welcoming host. 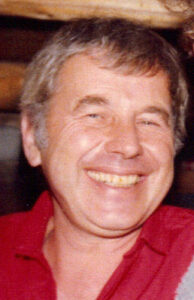 His energetic personality, potato salad, and meatloaf will certainly be missed. Peter came to Canada in 1952, attended O.A.C (at U of Guelph) and married Joan McCullagh in 1955. Tragedy struck the next year when his infant son Stephen died. One of Peter’s hobbies, photography became his career and he worked at CKCO Kitchener and then for CBC Toronto as Film Cameraman until he retired.

On July 1st, 1972, Peter married Anna Lottermoser and in 1975 moved to 2nd Concession E.G. His many talents helped to restore the old log home which last year received The Heritage Designation. Peter often went home to Einsiedel, Germany to visit his sister Sabine, brother Wolf, and to share a beer with his Hunkdedunks. He made friends easily, as he liked everyone.

Peter led a “FANTASTIC” life and friends are invited to join the family for Peter’s “Last Party” on July 1st, 2008 starting at 2 pm at his home, 20372 2nd Concession. If able, please donate blood in his memory.