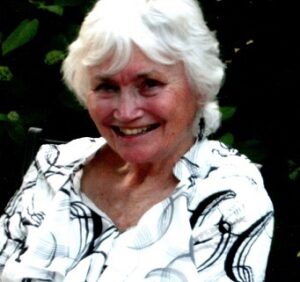 It is with great sadness that we announce the passing of Lorelei ‘Peri’ Jolley, a woman who embodied a life lived to the fullest. Peri’s spirit and joie de vivre live on through her children, Janice Monaghan (Patrick), Catherine Parry (Jon), and John Jolley. She also leaves her treasured grandchildren, Alyson, Emma, Caitlin, and Evan; beloved sister, Linda Hannah; and brother-in-law, Douglas Jolley (Mae). She was predeceased by her husband, John Jolley, her parents, Samuel and Mary Barker, and brother, Meredith “Mac” Barker.

Peri lived a storied life, constantly evolving and yet remarkably consistent in how she enhanced the lives and community in every chapter she lived. She trained and was practicing as a nurse when she met and married her husband, John. The newlyweds moved to Kitchener, where Peri began a career in television at a local news station before starting their family. Moves to St. Catharines, Mississauga, Chatham and Oakville followed.

Well into her professional career, Peri’s exceptional artistic talent began to shine. While raising her three children, she returned to school and graduated from Sheridan College (Creative and Visual Arts, 1975) and the University of Windsor (BA in Fine Arts, 1982). Peri passionately supported education and inspired the people in her life to pursue their academic and professional goals. Peri hung her work in art galleries around Ontario and won numerous awards. She was elected to the Society of Canadian Artists in 1988, was the Gallery Director of the Thames Art Gallery (1986-87), and for many years volunteered with the Oakville Art Society.

Peri spent her final chapter living in her beloved Southampton, where she moved in 2008, having cottaged there with her family since 1960. This town was where she spent many happy summers swimming, playing tennis and sharing her love of cooking and good food. She was known for her generosity and fair and wise counsel, supporting and inspiring others as a mother, grandmother, friend and teacher. She became involved with the Southampton Art Centre, joining the Arts Society in its early days, and inspired that same group to create the Shoreline Artists. She was engaged in the creation of the printmakers group and taught watercolour and printmaking with the Southampton Art School. In February of 2019, the Art Centre honoured her contributions to the community with a solo show entitled, “Peri’s Influence,” to acknowledge her enormous contribution as an artist, mentor and teacher to so many in Saugeen Shores.

Special thanks to the doctors, nurses and caregivers in Southampton and at Chapman House Hospice in Owen Sound. In accordance with her wishes, cremation has taken place. A celebration of Peri’s life will be held on Saturday, August 10th at 1 PM at St. Paul’s Anglican Church, 248 High Street, Southampton, Ontario. Reception to follow at St. Paul’s Bevan Hall. In lieu of flowers, donations can be made to support the Southampton Art School or Chapman House Hospice.Arrangements entrusted to the Eagleson Funeral Home, Southampton.

There was a recent excerpt on CBC radio (Feb. 27/19) that said artists are often not recognized until at least 40 years or more after their death.

Fortunately, in Southampton (Saugeen Shores), that rule does not apply for the Southampton Art Gallery – particularly when it comes to an artist who has contributed to the artistic community of the area, Peri Jolley.  Many fellow artists and fans gathered on Wednesday (Feb. 27th) to pay tribute to Jolley.

The Gallery that was co-founded by renowned artist Bert Henderson and others, it has become a gallery of renown that works in combination with the Southampton Art School.

Jolley has been a renowned artist of Southampton and has continued to contribute to every artistic event in the community from the Shoreline Artists annual summer art tour to ‘Art on the Fence’ and many more.

Her artistic style has changed and evolved over the years as she has worked in a variety of mediums and she still continues to create.

The Southampton Art Gallery has undertaken recognition of living artists who have contributed to the world of art. 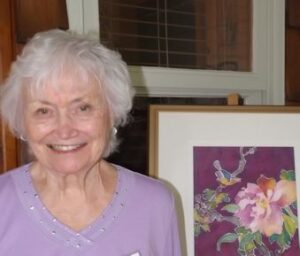 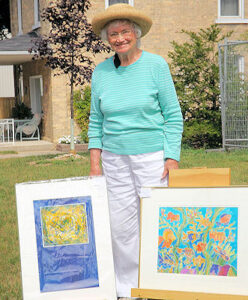 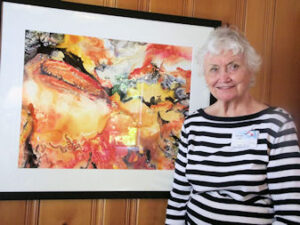 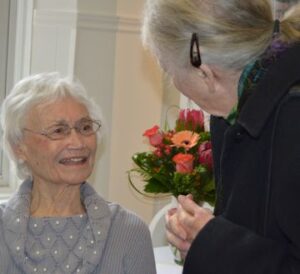 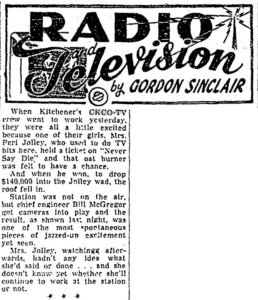