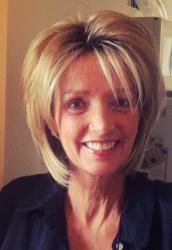 2014, surrounded by family, Mary Pat lost her valiant struggle. Survived by her parents Betty (MacDonald) Hannan and Thomas Hannan of Toronto. She is sadly missed by her daughter Rosemary and son Jamie, both of BC, as well as her brothers Tom of Toronto, ON., Jay of Souris P.E.I. and Michael of Canmore, AB. She is fondly remembered by numerous aunts, uncles and cousins. By personal request, no visitation. Cremation followed. A private family mass is being arranged, and interment will take place in the Hannan family plot in Ontario at a later date. Arrangements are being handled by Dingwell funeral home. In lieu of flowers, a donation to the Souris hospital or the Canadian Cancer Society would be appreciated. Condolences may be sent to Dingwell funeral home at www.dingwellfh.ca