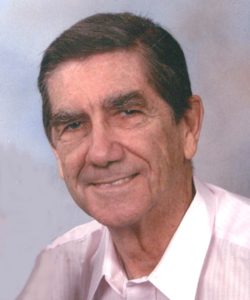 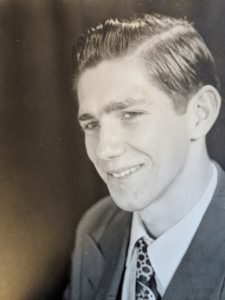 Village Care Centre, Kitchener on Monday, March 11, 2019. Robert was born 90 years ago in Oshawa, a son of the late Charles Chester and former Doris Sargent. Beloved husband of the late Norma Chester (nee Quee) who predeceased him April 4, 2013. Loving father of Karen Chester (Jim Batty) of London, England and Rob Chester (Carol Rhem) of Kitchener. Dear grandpa of Jessica (Mike O’Donoghue), Bryan (Brittany Wetselaar); and great-grandpa of Emily, Abby, Ben, Kassidy, Jensen and Everleigh. Also remembered by sister-in-law Joan Chester of Cobourg. He was predeceased by brother Ray Chester and sister June and husband Bill Hogan. John was a sculptor and a school teacher having taught Art at Waterloo Oxford District Secondary School and Preston High School. John and Norma ran a gift shop in Clifford, and had enjoyed wintering in Arizona. At Robert’s request there will be no visitation or funeral service. Cremation has taken place. As expressions of sympathy, donations to the Alzheimer Society would be appreciated by the family (cheques accepted at Mark Jutzi Funeral Home). Online condolence and memorial tribute information at www.markjutzifuneralhomes.ca 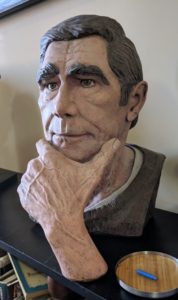 My Dad worked briefly for CHCH-TV in Hamilton before they went on the air. He then worked for a sign company in Kitchener before going to work for the Zacks’ clothing store in Kitchener. TV lured him away: “While working at the sign company I had painted several backdrops for CKCO-TV Kitchener, the local on-air station. I had met the Production Manager, Bruce Lawson, who asked if I would come to work at the station. There was no opening at that time but Bruce would let me know when the next opening occurred. …After one year I got the call and though I was sorry to leave Zacks’, I thought I could stretch myself better at the TV station. It was never big time but certainly challenging. I was in charge of producing sets, on-air graphics and print advertising and enjoyed working there for several years, starting in late 1955. We actually lived in one of the apartments over the station for about a year…”

My dad left the TV station (57-58?) to return to Zacks’ for many years. He then went on to teach art at Waterloo-Oxford secondary school. My mom and dad also ran ‘Pony Express’ a gift shop in Clifford Ontario for many years. 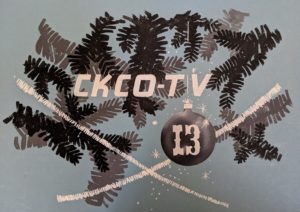 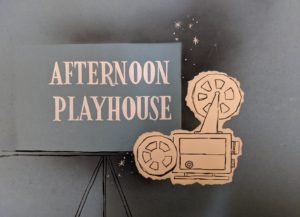