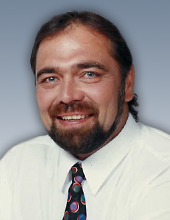 James (Jim) Alan Tracey passed away peacefully at his home in Puce, Ontario early in the morning of October 12th with his beloved wife, Monica, by his side. In his final days, he was surrounded by his loving family and friends.

Jim was the most caring man you could ever hope to meet, and a great entertainer. He loved meeting and talking with people, no matter their age, gender, race or religion. He could walk into a room full of strangers and have them laughing and sharing stories within minutes. Wherever he went he inspired love and created friendships. He played guitar and specialized in singing rugby songs for the amusement of his family and friends. He built a shack on the banks of the Puce River which was his idea of paradise, a place to hang out, share stories and enjoy life to the fullest.

Jim Tracey began his career with CKSO-TV in Sudbury in the mid 1970s before moving on to CKCO-TV in Kitchener from 1977 to 1982. From there Jim moved to Windsor to work at CBET-TV as a cameraman. He was an exceptional cameraman and editor, working for both English and French programs. In 1994, he became one of a team of four video journalists when CBC re-opened its Windsor station. His storytelling skills soon led him to become the journalist on CBC’s popular consumer complaint feature, the Gripe Line. Several years later, Casino Windsor (now Ceasars) hired him as multi-media manager for their growing operation, a position he held for 15 years. Jim ended his professional life working for the Community Support Centre of Essex County. He also spent many years volunteering as a coach for the Windsor Girls Rugby team.

Above all, Jim Tracey loved spending time with his family. He worshipped his children and grandchildren and they adored him. Jim is the son of Cecile (nee Marentette) Tracey and the late Stanley Tracey. He is survived by his loving wife Monica, sons Jason (Nicole) and Derrick (Amanda) and daughter, Jessica Tracey along with his brothers, Kevin (Doris) and Mark Tracey and sister, Sherry (Martin) Godard and six grandchildren, Carson, Nolan, Emerson, Emilie and Alex Tracey and Madison Haskell.

The family is planning a celebration of life for Saturday, October 16th from noon until 4 p.m. at a private location. As per Jim’s wishes, cremation has taken place. Arrangements entrusted to SIMPLE CHOICE (Dougall) 519-254-2585. Online condolences and cherished memories may be shared with the family at www.simplechoicecremation.ca