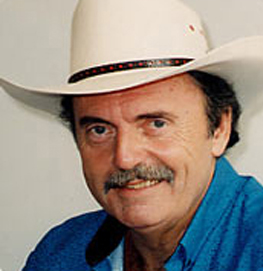 Buck grew up in Sault Ste. Marie, Ontario, where he began his career singing on CKCY radio with Ray Kovisto’s band The Country Caravan. After briefly playing semi-pro baseball, he made his first recordings for the Canatal label in Toronto in 1959. In 1963, his song “Happy to Be Unhappy” was an international hit for the American label Petal, reaching No. 1 on the country chart of the American trade magazine Cashbox and cracking the Billboard country chart, making him only the third Canadian (after Hank Snow and Myrna Lorrie) to achieve that feat. Buck was subsequently hailed as Newcomer of the Year by Cashbox. 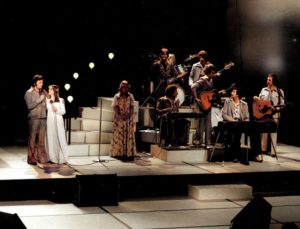 Buck was also a prolific and sought-after producer, working on recordings by George Hamilton IV, Dallas Harms, Dick Damron, the Family Brown, Tommy Hunter, the Mercey Brothers, Al Cherny, Wayne Rostad, Billie Jo Spears, Johnny Duncan, Gene Watson and others. His own songs have been recorded by such pop and country artists as Bobby Curtola, Donna Darlene, Hunter, the Mercey Brothers and Orval Prophet, among many others. His own discography included more than 50 singles, as well as LPs for such labels as Canatal, Petal (issued by Sparton in Canada), Capitol, Tower, RCACamden and Broadland.

In 1970, Buck began to divide his time between performance and administration, serving as general manager from 1970 to 1971 of Capitol Records’ publishing affiliate, Beechwood Music. In this role he was instrumental in launching such significant songs as Anne Murray’s recording of Gene MacLellan’s “Snowbird,” George Hamilton IV’s cover of Damron’s “Countryfied,” and Gene Watson’s version of Harms’ “Paper Rosie.”

In 1971, Buck established his own publishing and recording company, Broadland Music. The label’s early roster included Don Cochrane, Alex Fraser, Harms, Patti MacDonnell, Artie MacLaren, Orval Prophet, Ian Tyson and several others. Quality Records acquired a controlling interest in the label in 1976. Following Quality’s demise in 1985, Broadland fell dormant until Buck established Broadland International in Nashville in 1990 with a largely US roster that included George Hamilton IV. Buck continued to produce albums for Hamilton and many Canadian musicians from Broadland’s Nashville and Calgary offices until his death from cancer in 2003.

Buck served as international director of the Country Music Association in Nashville for five non-consecutive two-year terms, the first in 1970 and the fifth starting in 1990. In 1976, he co-founded the Academy of Country Music Entertainment (now Canadian Country Music Association). He also founded the Canadian Country Music Hall of Fame, which began inducting individuals in 1984 and officially opened in Kitchener in 1989, eventually relocating to the Stampede grounds in Calgary in 1999. Buck later served as president of the Hall and was inducted in both artist and builder categories in 2001.

Newcomer of the Year, Cashbox Magazine (1963)

From The Canadian Encyclopedia

Inducted into the Canadian Country Music Hall of Fame in 2001