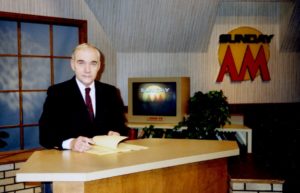 The idea for the program came from general Manager Bill McGregor. Bill said the ratings on our Sunday mornings were so meagre that it was hardly worth turning on the transmitter and asked if I was interested in producing and hosting a public affairs, features type program. He envisioned a show of 2 hour duration running from 8 – 10 on Sunday mornings.  He knew that our news feeds from CTV often contained lengthy news feature reports…anywhere from 2 or 3 to 5 or 6 minutes long…occasionally even longer- especially from BCTV in Vancouver. He felt that many of these could be incorporated into the Sunday morning program. Other content he more or less left up to me…. and I mentioned to him such possible content as a regular report on the stock market, finance, investing.   Plus – our stringers and bureau reporters could prepare special stories, or expanded versions of newscast reports.

I went ahead and lined up 4 experienced local stock brokers.. one each week, talking about investing, the stock market trends and general information that could be useful to ordinary viewers.

I came up with the name “Sunday AM”.. which General Manager Bill McGregor & Program Manager Don Willcox supported.   I arranged for one, sometimes 2 commentaries each week from people such as Parliamentary reporter Douglas Fisher; Jeffrey Simpson – a columnist with the Globe and Mail; Jennifer Lewington – the Globe’s reporter at that time in Washington; plus Gilbert Lavoie….an Ottawa correspondent for one of the Montreal newspapers.   From time to time I also had reports from Queens Park reporters such as Cy Young and Paul Rhodes.

The first program aired in September 1983 and ratings on Sunday morning steadily increased to very respectable levels over the years…levels that Bill McGregor seemed to appreciate…for he often came to show me the ratings book for Sunday AM. It proved also to be a commercial success…for there were times when it was sold out … mainly with local coverage area commercials.

The program continued with me as producer and host until 1994 when I retired from full time work at CKCO. Bruce Johnstone took over the production and preparation work at that time…and I continued to host the program on air until about mid year in 1996. Bruce continued the show on his own for another year, at which time it was discontinued.   I think Baton owned the station by this time and they apparently deemed it too expensive to produce…and as I recall…it was replaced by re-runs of the syndicated program “The Littlest Hobo.” 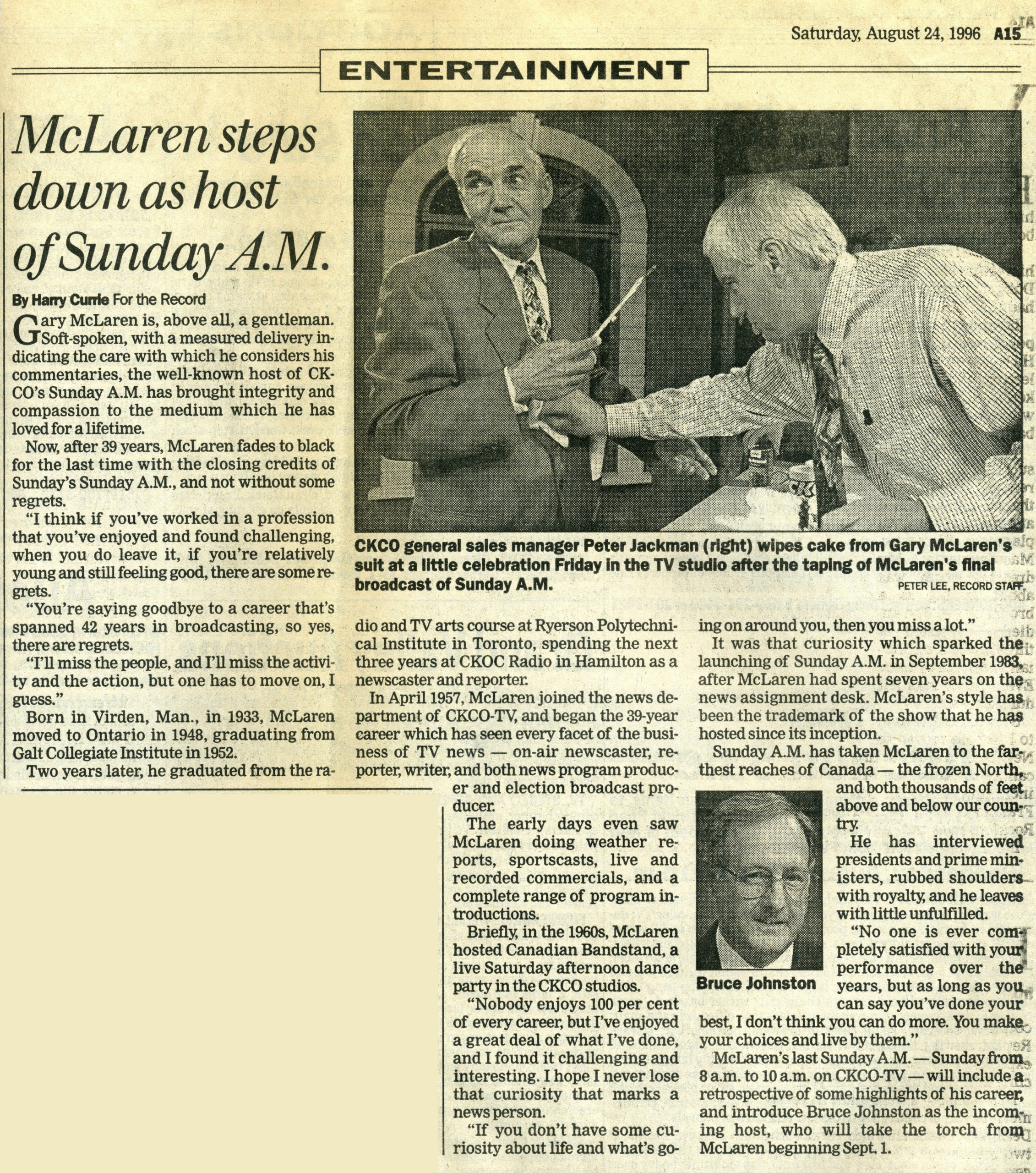 This Has Been A CKCO-TV News Production
1989