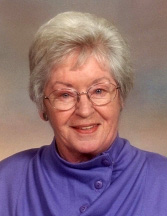 Passed away peacefully on Tuesday, July 27, 2010 in her 77th year. She was the beloved wife of the late Peter Nekon; dear mother of Kelly Schmidt and her husband Jim, and Mike Nekon; and loving grandmother of James Schmidt.

Condolences for the family and donations to St. Mary’s Hospital Foundation may be arranged through the funeral home, www.erbgood.com or 519-745-8445.

Ursula Nekon died on July 27, 2010. She started at UW in October 1971 and worked as a Switchboard Operator in Telephone Services until she retired on February 1, 1996 under the Special Early Retirement Program. Ursula was predeceased by her spouse, Peter. – WATtimes