The family announces with deep sorrow the passing of Robert (Bob) Willard on August 5, 1993 at the age of 38 years. Belived husband of Kelly Sherry and loving father of Joshua and Breanna. Faithful son of Beatrice and Archie Willard of New Liskeard, Ontario.

Bob was a dedicated professor of the Television Broadcasting Program at Canadore College for the past 12 years. He was well known and respected throughout the broadcasting community in Ontario. He was also the past president of the North Bay Historical Society. Bob will be greatly missed by all former students and fellow colleagues whose lives he has touched with his caring nature.

Bob was cremated, and a funeral mass was celebrated at the ProCathedral of the Assumption on August 9, 1993. 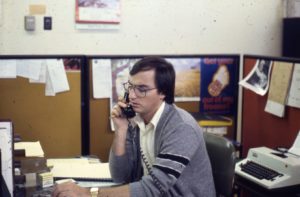 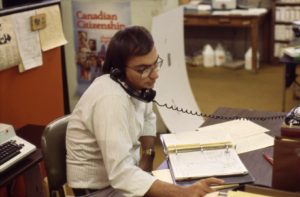