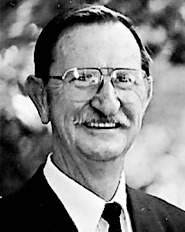 Robert McKeown passed away peacefully at Windsor Regional Met Hospital on Thursday, 3rd of November 2011 at the age of 81. Survived by his wife and best friend for 55 years, Elizabeth (Libby) McKeown. Cherished father of son Colin McKeown (Heather) and daughter Abby Nakhaie (Reza). Also survived by his dear sisters Helen Dean and Pat Saper, both living in California. Predeceased by his parents and brother Jim. He will be dearly missed by his grandchildren Jenna, Corey, Merriam, Sheeva, Farrah and Ali. They all loved his smiles, stories and constant witticisms! Robert was an incredibly kind and gentle soul who was loved by friends and family.

Bob was born in Toronto (1930) and travelled and worked throughout North America until he settled in Waterloo. Bob McKeown worked at CKCO-TV (Kitchener) from its inception (1954) until 1988 when he retired as General Manager. Fellow staff at CKCO-TV lovingly referred to him as Bobby Boss. He served as President of the Canadian Broadcasters Association for two years.

Following retirement, Libby and Bob spent over ten years during the winter months living in Palm Desert, CA where they actively golfed and socialized. Bob was proudly involved in numerous community organizations such as the Rotary Club, Waterloo District Masons, Shriners, Lions Club and Kiwanis.

The McKeown family will be welcoming friends and colleagues of Bob at Westmount Golf & Country Club (50 Inverness Drive, Kitchener) on Sunday 13th of November from Noon until 3 p.m. A prayer and eulogy will be conducted at 1:30 p.m. In kindness, memorial donations may be made to the Rotary Club of Kitchener, Charitable Foundation to support the Rotary’s worldwide mission to eradicate polio, or the Rotary’s KidsAbility Centre, which was founded by Bob’s local Rotary Club. Rotary Club of Kitchener/Charitable Foundation, 500 Hallmark Drive, Waterloo, Ontario N2K 3P5.