The Rev. Fr. Norman Prentice Aldred – Norman’s career in broad-casting for T.V. and radio, including ownership, spanned over 40 years. Following seminary and ordination in 1987, he served as a priest in the Anglican tradition, becoming part of the Episcopal Missionary Church in 1993. Survivors include his wife, Judy; children, Teri Aldred-Locci, Janice Brenneman, Greg Aldred (Dina) and Laura Chase Aldred; five grandsons; one great-grand-daughter; and a brother and sister in Canada. He was preceded in death by a brother, a grandson, and a son-in-law. Interment will be in Oronoco, Minnesota. 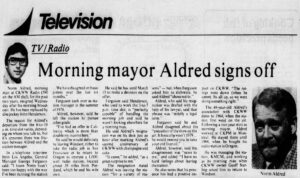 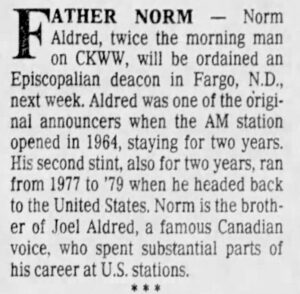