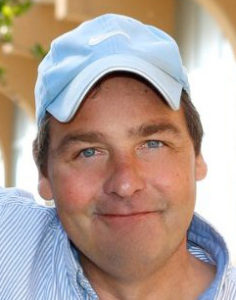 Leon Korbee, a proud and doting father and much-loved friend to many in the world of Ontario journalism and politics, passed away at Toronto General Hospital on March 23 at age 54, leaving family, friends and colleagues with heavy hearts. Leon was the loving husband of Brenda, fiercely proud father of Hannah and Lanny, beloved son of Karin de Man, and cherished brother of Hedy (Bob Weiers) and Greg (Roelof Coertze). Leon was a hockey dad, avid gardener, fanatic golfer, one of the few good players on the Queen’s Park Press Gallery hockey team in his prime, and general all-round great guy. He worked as a TV journalist from 1983 to 2003 at CJOH, CKCO and CFTO, spending most of his news career covering politics at Queen’s Park. He developed a sharp political acumen and in 2005 made the move to politics where his proudest achievement was working as a senior communications advisor to Premiers Kathleen Wynne and Dalton McGuinty. Leon was a humble man. If he could read what people were saying about him on social media after his death he probably wouldn’t believe they were talking about him.

“You’d be hard pressed to find a kinder, more decent and generous man.”

“He was always the most cheerful and optimistic guy in the room.”

“One of the best and nicest guys in the business.”

“He was the best part of everyone’s day.”

Leon was all that and more. He was genuinely sweet-tempered, friendly, supportive, loyal, ethical and generous. For a decade he was one of the favourite readers of A Christmas Carol at Birchcliff Bluffs United Church to raise money for the community food bank and he helped get his media friends to join in. “People walk away with a good feeling,” he said. Just as most people did whenever they encountered Leon around Queen’s Park. In a field often given to animosity, his good nature, humour and spirit will be greatly missed. Visitation will be held on Tuesday, March 29 from 3pm – 5pm and 7pm – 9pm at Pine Hills Cemetery and Visitation Centre, 625 Birchmount Road, Scarborough. Please join us for a celebration of Leon’s life on Wednesday, March 30 from 2pm – 6pm at The Toronto Hunt at 1355 Kingston Rd, Scarborough. In lieu of flowers please consider making a donation to the Churches by the Bluffs Food Bank where Leon was an active volunteer. 33 East Road, Scarborough, ON M1N 1Z9. info@bluffsfoodbank.com

The following is a column by Dwight Duncan, the former Ontario finance minister and current senior strategic adviser at McMillan LLP.

In a week that will be remembered for untimely and tragic deaths, one touched a particularly deep nerve in the community we call Queen’s Park.

Leon Korbee was a well-respected CTV journalist who joined the staff of Dalton McGuinty in 2005 and continued to serve in the government of Premier Kathleen Wynne until his untimely passing last week.

A first-rate journalist, Leon could make the most media-savvy politician nervous in a scrum or interview. He had a sharp mind, did his homework and was respected by government and opposition alike.

He was patient in scrums and would often wait while other journalists posed their questions. Inevitably, when he got his chance, it would go to the heart of the issue at hand and would often lead to another round of questions by his colleagues.

After his death, many commented about his warm smile and welcoming eyes. Anyone who was on the receiving end of his questioning knew that the interview face was far different: cool, dispassionate and all business.

Like so many others in the Press Gallery, he seemed to genuinely like the people he was covering. When the lights went off and the story was filed, he would chat up the principals in his story and that unforgettable warmth would return.

He knew that politician and journalist are bound to each other for survival and was careful to maintain genial but professional relationships. He would not tolerate political opponents slagging each other unfairly and would shut you down pretty quickly if he thought you were being personal about someone else.

Journalists like Leon are vital to a functioning democracy. It is tough and exacting work. It is time-constrained and highly accountable, not just to the editor but to the public.

For many years, Leon was the go-to guy in broadcasting at Queen’s Park. If you got his attention and coverage, it was likely other outlets would follow suit. He understood that and was judicious in what he took to air.

By the mid-point of the last decade, the news business was changing dramatically. The evisceration of newsrooms was already in full swing and many journalists worried for their future.

Leon made the difficult decision to move to what he jokingly called “the dark side.”

It must have been a tough choice. But, like many before and after him, he transitioned with what appeared, from the outside, to be relative ease. I remember being surprised when I first heard the news. Surprise quickly morphed to delight when I learned he was joining the team I was on, in an important role in the premier’s office.

There is a long history of this sort of thing in politics. Journalists moving to the political or public service side and still others running for public office themselves. The hound becoming the fox, or at least an adviser to the fox. Some have even transitioned back.

Leon became a trusted adviser and friend to the two premiers he served with distinction. But he was more than that. He was available to everyone in government. Backbenchers, ministers and fellow staff benefited from his wisdom, insight, experience and kindness. It seemed he was never too busy.

Queen’s Park is place where cynicism often reigns and where fiercely competitive rivals in a hyper-partisan environment routinely step over the line.

He stayed close with his journalist friends and always seemed to have a good rapport with those in the other parties. Some of his closest friends at Queen’s Park — Matt Maychak, Jim Coyle and Gerry Phillips, three men also known for their decency and honour — reminded us about Leon’s unfailing good humour and warmth in touching tributes this past Wednesday at the celebration of his life.

Personally, he was there for me on every initiative I was involved in. Working with my staff, he helped me avoid potholes, smooth over testy exchanges with the media or colleagues and, when I did get in trouble, helped extricate me from it.

Sadly, he was not as successful at helping improve my golf game. Ever the coach, he tried to help me get my handicap down with uncharacteristic lack of success.

Leon was like the hundreds of other staff, in all the parties and caucuses, who work hard behind the scenes, with relatively low pay, zero job security and endless days.

Though his love of family and passion for sports defined him, he thrived on public service. Moreover, the public and the people he worked with benefited from his service, first as a journalist and then as a political adviser.

In celebrating his life, we honour those who share his calling.

Leon would have wanted it that way.