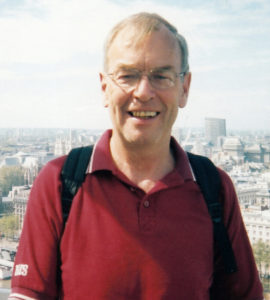 It is with heavy hearts and sadness we announce the passing of our father: James (Jim) Graham Armstrong. Jim Armstrong Sr. passed away peacefully after a short illness on April 27, 2017 surrounded by his most favourite people in the world, his 3 boys – Jim Jr, Todd, and Brent. He had just turned 73.

After many, many years of defying the odds, Jim Sr. remained active and determined to live life to its fullest. Whether it was spending time with family or friends, he was always active and involved in many facets of many people’s lives.

Jim Sr. was born in Toronto and moved with his family to Midland when his father Bruce Sr. (Emma) started CKMP, an AM radio station. Following high school graduation, Jim Sr. eventually became the morning on-air personality that people in the area woke up to every morning in the 1960s and 1970s. 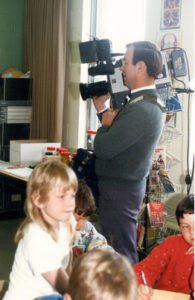 After almost 25 years in broadcasting, Jim Sr. felt “hungry” to do different things and decided to open a Toronto pizza franchise in Midland (originally located on the corner of Dominion and King Street.) Oddly enough, this location was kitty-corner from where CKMP Radio was originally located when he began his broadcasting career.

After his 3 boys had grown up and left the nest, Jim Sr. semi-retired and moved to southern Ontario. Eventually he settled in Richmond Hill, after (but of course!), backpacking across Europe.

Once in Richmond Hill, Jim Sr. worked for the Canada Revenue Agency as a Small Business/Tax/HST customer service representative. He enjoyed his position helping small business owners until he chose to retire at age 70.

All through his life Jim Sr. was able to have a lasting bond with his hockey friends, affectionately called “The Roadrunners.” This “eclectic” group was a mainstay in every aspect of Jim Sr.’s life and he still visited many of these “hockey veterans” whenever he could. You could take “Army” out of Midland, but you couldn’t take the “Roadrunner” out of “Army.”

While in retirement, Jim Sr. was able to spend more time with friends and family, but especially his other favourite people – his 5 grandchildren. “Papa” always had excitement in his eyes and voice when he would see his grandkids and spend time with them at sporting events, their homes, at the condo, or at the trailer.

Jim Sr. was a fast friend to all he met, finding time to join in many groups during his life. Most recently, he made many friends at his trailer at the Wildwood By The Severn community in Port Severn and the York Singles group in Richmond Hill.

Jim Sr. will be sadly missed by his family – Jim Jr. (Claudette), Todd (Judy), Brent (Heidi) and their mother Nancy; his grandchildren (Ella, Dylan, Rhys, Aiden and Autumn); his sister Arlene, brothers John (Joyce), Bruce (Kathy), and Donny (Lise); as well as his extended family who held ”Uncle Jim” in high regard. Jim Sr. will also be greatly missed by his close friend Ann, and many friends and colleagues – he touched the lives of so many.

Please join the family for a Celebration of Life for Jim Sr. from 1-4pm on Saturday May 27th at Lot 102, 837 King Street in Midland. Bring your stories and pictures to share, we know there are many…….and many we haven’t heard yet.

Thank-you for being there,

Thank-you for the love,

but most of all….

Thank-you for being “Arm”