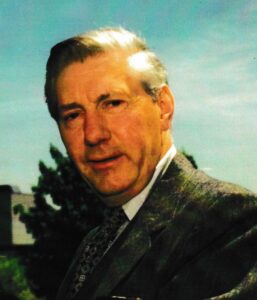 Peacefully passed away, at home, in presence of his wife Joyce. Jack leaves behind his sister in law Teresa (late Walter), Sandra and her husband Keith. Godson Bradley and his wife Georgia. Jack will be missed by many nephews and nieces.

For years, Jack was a radio broadcaster in Kitchener with CFCA-FM, sister station of CKCO-TV, called “Music Hall” every Sunday evening for 26 years. Along with his work in Kitchener, Jack was a proud resident of Acton, having bought a house with his wife, Joyce, in 1957 on Elizabeth Drive – a home they lived in together right up until his passing. As part of his community spirit, Jack and Joyce put together the ‘Acton Round-Up’ in 1965, a historical western-style musical at the old arena in Prospect Park.

In 1974, Jack, along with Ted Tyler Jr., Harold Townsley, and Paul Neilson, met with CFL Commissioner Jake Gaudaur in Montreal at an attempt to have the Grey Cup played at Prospect Park in Acton but the proposal was unfortunately rejected on the basis of a proposed television blackout. The CFL at that time did not sanction blackouts.

By 1992, as a way to make the dark days of winter more brighter, Jack launched the ‘Lighten Up, Canada – Wear a Red Nose’ campaign. His idea was to put a smile on everyone’s face by wearing a clown’s red nose. That as a campaign that went on for a number of years. By 1994, over 250,000 Canadians were taking part in the annual event by wearing a red nose to have a good laugh.

In 1994, Jack spear-headed the launch of the Acton Trunk Sale, an idea he had conceived after a visit to Wiltshire, England. Along with him to see the Trunk Sale through was ted Tyler Jr., Jake Kuiken and George Hargrave. To this day, the Rotary Club of Acton carries on the tradition of the annual Trunk Sale throughout the spring and summer months.

For his contributions to the community, Jack was honoured as Citizen of the Year in 1995.

Thank you for your contributions and being a community champion of Acton, Jack! Rest in Peace.

Vintage Acton (Scott Brooks) wishes to extend its condolences on the passing of one of Acton’s long-time community champions, Jack Carpenter. 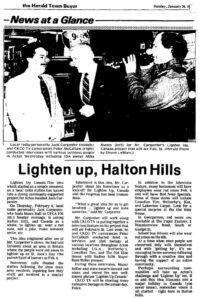 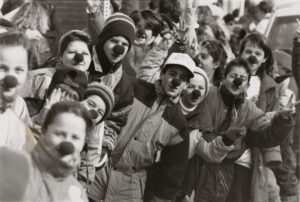 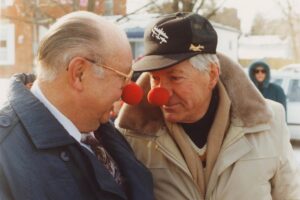 In this, the Grey Cup’s centennial year, Actonians are marking the 40th anniversary of the town’s near brush with gridiron fame.

In February 1972, the Acton Centennial Commission made a bid to host the 1974 Grey Cup and convince residents of Ontario “it was worth the drive to Acton,” long before the slogan became famous. The proposal was to play the game in Prospect Park on what the Acton bidders termed ‘virgin turf,’ as part of the town’s centennial celebrations.

Spearheaded by Jack Carpenter, a TV reporter with CKCO in Kitchener who lived in Acton, the bid was officially entertained by the CFL at league meetings held at the Chateau Champlain in Montreal.

The Acton Centennial Commission argued that Acton was by far the best site because it was centrally located between Ontario’s three major centres — Toronto, Hamilton and the Golden Triangle (Galt, Guelph and Kitchener-Waterloo). The town of 3,000 already had some ties to sports notoriety. Sir Donald Mann, who donated the lacrosse’s Mann Cup — a trophy made of solid gold — was born in Acton.

During the league meetings, former CFL commissioner Jake Gaudaur announced that Toronto would host the 1973 Grey Cup on the condition that a new “mod sod” was installed at Exhibition Stadium. The previous Grey Cup game held in Toronto between Montreal and Calgary in 1970 was spoiled because chunks of new sod kept being torn up. The field was shredded throughout the year by horse shows, performing elephants and a moving stage for the Canadian National Exhibition. “We wouldn’t risk playing on the surface of the moon again!” Gaudaur said at the time.

The City of Toronto had thrown a $3,000 cocktail party to boost its bid for the 1973 game, so the Acton town council felt it was appropriate to provide one per cent of that — $30 — to induce the CFL to play the national sporting event in Acton the following year.

When the CFL asked for a gate guarantee of $600,000, Carpenter assured Gaudaur that if worst came to worst he could find six wealthy citizens willing to fork over $100,000 each to see the game. “That’s not a bad deal considering it includes parking!” he deadpanned.

Gaudaur went along with the publicity stunt. It was February and the CFL was competing with the NHL and Winter Olympics in the sports pages. “There is nothing to say the Grey Cup must be played in a city,” he said. “Small towns are the backbone of the nation.”

The Oakville Chamber of Commerce sent a telegram to Gaudaur strongly endorsing the Acton bid.

Finally, Gaudaur rejected the bid on the grounds that Acton officials wanted Crewson’s Corners, a gas station and a few houses just outside of town, blacked out for TV.

“The bid was given due consideration and essentially, I could say, it was rejected on the strength of the request in the brief to black out Crewson’s Corners,” the commissioner said. “You know for years we have felt that the Grey Cup should not be blacked out. We receive an awful lot of flack from our fans.”

In retaliation, the disappointed centennial commissioners of a town, which considered itself the leather capital of Canada, said they would contact the local Beardmore & Co. tannery and have the supply of cowhide for the manufacture of footballs cut off. It was later discovered commissioners had strung the CFL a line about its ‘virgin turf’ claim.

A check of the archives of the Acton Free Press revealed Prospect Park had hosted an exhibition high school game of six-man football between Acton High School and De La Salle College of Toronto in October 1948. Two hundred spectators purchased pasteboards for the game, which De La Salle won 23-15, on a gridiron chalked out on the park grass. Players on both sides weighed in at about 150 pounds each soaking wet. “The heavy top of a wooden goalpost broke off and narrowly missed a player’s head,” wrote Free Press sports editor Hartley Coles. “De La Salle players carried the broken piece off the field triumphantly as a token of victory,” Acton quarterback Bob Bruce, now 80, said the local squad was so disorganized he made up the plays on his own in the huddle. “I remember we got dressed at the YMCA on the main street and walked down five blocks to the park,” he said.

In the end, Vancouver landed the 1974 Grey Cup game in which the Montreal Alouettes defeated the Edmonton Eskimos 20-7 on a rain-soaked field at Empire Stadium. It was the last Grey Cup played at the stadium, which was built for the British Empire and Commonwealth Games of 1954.

While Acton didn’t get to host a Grey Cup, one of its own later played on two national championship teams. Jamie Taras, who was raised there, was a member of B.C. Lions teams that won the Grey Cup in 1994 and 2000.

That, folks, is no ruse.

Denis Gibbons was sports editor of The Acton Free Press when the town bid for the 1974 Grey Cup. 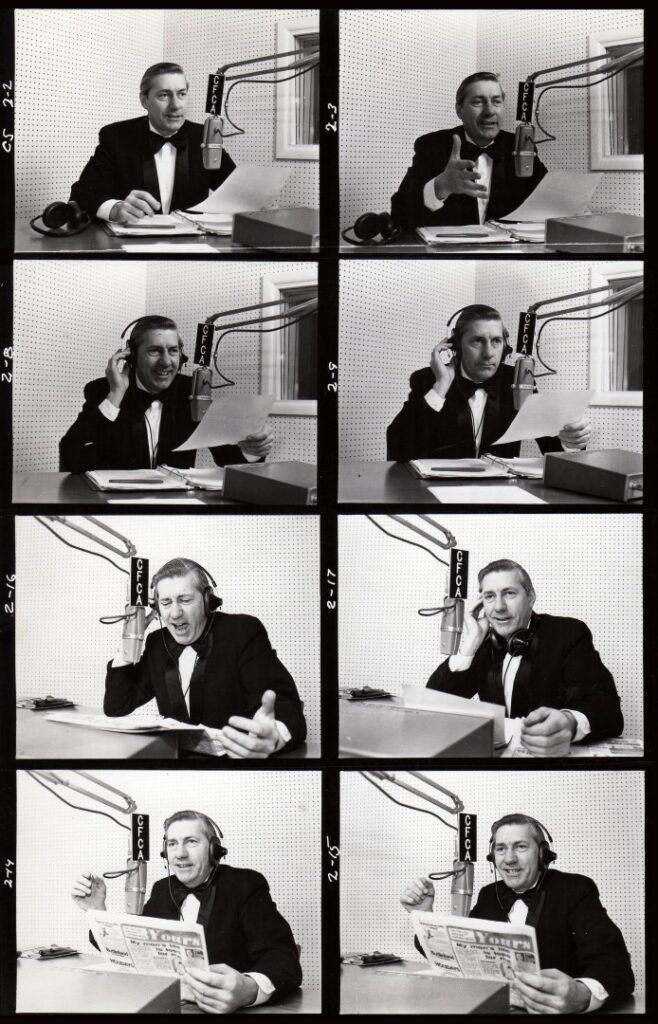