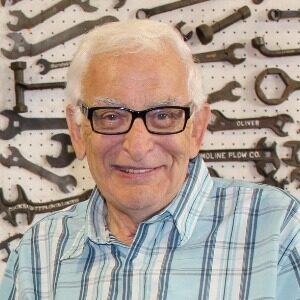 Doug was born May 26, 1942, in Yorkton, Saskatchewan. He went to school in Rothbury, SK from grade 1 to 8 and finished high school in MacNutt, SK. Doug went on to take electronics courses at Concordia College in Edmonton, AB. After receiving his diploma, he started his career in television (producer, cameraman, audio engineer) in Yorkton, SK.
Soon thereafter, he met the love of his life, Nelly Radke, on a blind date at A&W. They were married on December 2, 1961, and had three children, Kim, Rae, and Bryan. His passion for television led him to Kitchener, Ontario, where he enjoyed working on shows like Romper Room and The Friendly Giant. After three years, he moved back to take over the family farm near Churchbridge, SK.
In 1979 they sold the farm and moved to Yorkton, SK, where he started his own construction company. He also worked as custodian for the RCMP detachment.
In 1992 they made their final move to Edmonton, AB, to be closer to their children. Doug and Nell were inseparable; they attended concerts together, travelled together and attended church together. They had a strong faith in the Lord.