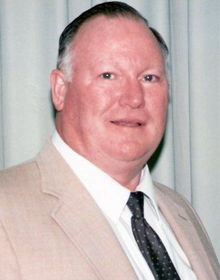 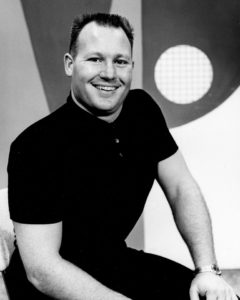 He was the loving husband of Roseanne Gerrard (nee Sykora), and proud father of Terrilynn (Glenn Mueller), Tammi Gerrard, and Kelly (Paul Dearlove). He was predeceased by his mother Doris (nee Wright), father Jim Gerrard, and sister Gini.

Born on Friday, December 13, 1935, in Kitchener, Ontario, he grew up with his sister and brother, playing every sport he could – football, hockey and swimming. Doug’s athleticism was never more evident than when he was the host of the exercise show Trim Tones (CKCO, 1961-64), where he was the producer, writer, and host.

Passionate about education, he went on to earn a degree in Economics (BA ’74) at Wilfrid Laurier University (then Waterloo Lutheran University), where he also acted as the business manager for the student-run newspaper. Starting at the age of 12 with his paper route at the Kitchener Record, and throughout his 35-year teaching career with the Waterloo County Board of Education, his professional life was the embodiment of hard work.

Doug always enjoyed the newest technology and in a life that spanned the digital age. Doug was at the forefront of it all.

More than anything else, Doug was a family man, generous, and encouraging to all his loved ones to follow their dreams.

During the summer, his pool at 103 Ruskview was always full of laughter and fun. Summers also meant time with family at Wasaga, rides on his motorbike, and fresh fruits from surrounding farms. While he would give any food a try, nothing rivalled a great burger and a cold milkshake. Doug was full of life and his tenor voice could often be heard in church choirs – it was truly “smashing”.

In lieu of flowers donations to the St. Mary’s Foundation – Cardiac Care and Diabetes Canada would be appreciated. 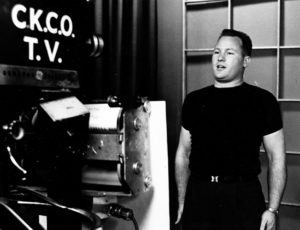