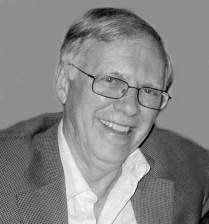 An enthusiastic participant in life, Bob embraced his adopted hometown of Kitchener. Among the many committees and groups of which he was a part, he was particularly proud of his membership in the Citizens Advisory Board (Waterloo Regional Police), KW Oktoberfest (Media) and Holy Cross Lutheran Church.

Visitation will be held at the Erb & Good Family Funeral Home, 171 King St. S., Waterloo on Thursday from 2-4 and 7-9 p.m. The funeral service will take place at Holy Cross Lutheran Church, 322 East Ave., Kitchener on Friday, June 11, 2010 at 11 a.m., with Rev. Nolan Astley officiating. Reception will follow the service in the church hall. Private family interment at a later time.

Donations in Bobs memory may be made to Lisaard House, Grand River Cancer Centre-Diagnostics or a charity of your choice and can be arranged through the  www.erbgood.com funeral home.