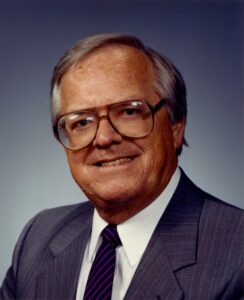 It is with heavy hearts and deep sadness that we announce the passing of Bill at Hospice Wellington on Monday, March 15, 2021 at the age of 92. Bill was predeceased by his beloved wife of 47 years, Marjorie (nee Gaffney). Bill is lovingly remembered by his children Tammy (John) Hutchings, Marc (Patricia) Inkol, and Michael (Laurie) Inkol. Pa/Papa Bill was adored by all of his grandchildren; Caitlin, Taylor, Megan (Nick), Jennifer, Kelsey (Harry), Keaton (Alisha), Jordon (Maria) and great-grandchildren Harper and Miles. Bill is survived by his sisters-in-law Jean Inkol, Jean Haunn and Donna Lewicki. Predeceased by his parents, John and Helen (Koski) Inkol and brothers John (Dawn) Inkol and Michael (Jean) Inkol.

Bill had a tremendous 47-year career as a sports broadcaster

starting with CJCS in Stratford in 1951. This was followed by a brief stop at CHYM radio from 1964-66 when he then joined CKCO/CKKW as the Sports Director. Bill entertained many by broadcasting in 5 Olympic Games, hosting Blue Jays Banter, appearing on CTV Wide World of Sports and the Grey Cup, announcing the Kitchener Rangers games, hosting Bowling for Dollars and the Kinsman Auction plus being a constant presence on local radio and television over that time. He was famous for being able to tell a story and connecting with people. He did it always with positivity, grace and a bit of humour. However, if you asked him, he would say his biggest accomplishment was his family. He was deeply passionate and proud of his children, grandchildren and great-grandchildren. He was always loving and supportive as a true patriarch. We were all so proud that he was our father/grandfather and will miss him dearly.

The family is so grateful for the compassionate care given to Bill at Hospice Wellington. Condolences for the family and memorial donations to Hospice Wellington may be arranged through the funeral home at www.erbgood.com or 519-745-8445.

With the passing of Kitchener TV broadcaster Bill Inkol at age 92, we are reminded of the early days of television broadcasting in Southern Ontario—a far cry from the conglomerate-owned media world of today. When Bill Inkol became sports director of CKCO-TV in Kitchener in Canada’s Centennial year, he had followed a familiar path for TV broadcasters. He started his career in Stratford Radio at CJCS and then did a stint at CFPL in London before joining CKCO-TV Kitchener.

CKCO-TV was owned by Electrohome, a Canadian manufacturer of televisions and other home entertainment equipment. A silent partner in the venture was Famous Players Theatres who also had a chunk of Hamilton’s CHCH-TV. Most TV stations in Canada were controlled by families—Carl Pollock, owner of Electrohome owned CKCO-TV, Ken Soble owned CHCH-TV and the Blackburn Family, owners of the London Free Press also owned CFPL-TV.

Bill Inkol was a well-known face across southern Ontario in an era that even with cable, there were not much more than a dozen channels available. Kitchener had rebroadcasting towers across Southern Ontario, so Inkol became a household name in London, Sarnia and Windsor as well as Kitchener. He was also a familiar face to CTV Toronto audiences.

Inkol was a multi-tasker at the station for three decades, in addition to sportscasting, covering Olympic games, co-hosting Blue Jays Banter and hosting Bowling for Dollars.

“I am very sad to report that my friend and Stratford broadcasting legend Bill Inkol passed away this morning at the age of 92,” Stratford Mayor Dan Mathieson tweeted on Monday. “Bill was a gentleman, gracious in his spirit and time, witty and thoughtful – he will be missed by all who knew him.”

“Personally, with me, he was such a kind and generous guy remembered,” former colleague Jeff Hutcheson, who for years was the weatherman on Canada AM, but previously had worked with Inkol at CKCO-TV. said. Hutchison, Inkol and news anchor Ron Johnston were all part of the red-blazered anchor team at CKCO-TV during the 80’s and 90’s.

“He was very well-known, very well-liked, very well-respected, and a great guy to work for,” said Randy Steinman, another former colleague.

Hutcheson said Inkol hired him at CKCO-TV in 1976. “I worked there until 1997, and I had about 20 years with Bill,” he said. “Everything you heard or read about him, even today, was so true. I mean, the man could tell a story. He cared about you and the person beside you, he took time out of his day to say hello, he just was one of those guys who was instantly likeable the first second you saw him.”

Steinman said Inkol let people do their job and supported them 100 per cent, but didn’t micro-manage. “I can’t even begin to understand what my career would have looked like had it not been for Bill Inkol hiring me in 1989,” he said. “I probably would have spent my whole career in radio, and you know, he gave me a chance in TV and a chance to come to CKCO-TV and Kitchener and work at a station that I worked at for 30 years and loved. I’m just grateful for the opportunity he gave me because I don’t even know if I deserved it at the time, but he saw something in me and I was sure appreciative of that.” 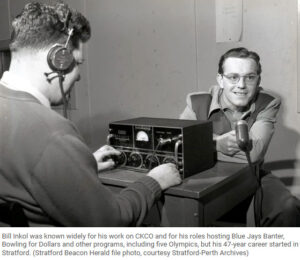 Author of the article: Cory Smith

Bill Inkol knew how to entertain. The longtime Kitchener broadcaster was known widely for his work on CKCO and for his roles hosting Blue Jays Banter, Bowling for Dollars and other programs, including five Olympics, but his 47-year career started in Stratford. Inkol, 92, died March 15.

“I remember his sense of humour,” local author Dean Robinson said. “He was an English graduate, and he could come back with the quips pretty quickly, and he always had that wit.”

Robinson first heard Inkol’s distinct voice as a six-year-old listening to the Stratford Indians on CJCS. It was Inkol’s first season behind the microphone, and the Senior A squad made it to the Allan Cup final before losing to Fort Frances in a classic six-game series.

“I thought that was pretty big stuff to turn on the radio and hear a guy talking about the Stratford Indians,” Robinson said.

Inkol served as the radio station’s sports director throughout the 1950s before moving to television in 1962. He met his wife, Marjorie Gaffney, at a dance hall in the city, and returned here many times, whether it was to visit or help Robinson and others run the Rotary Club’s Sports Celebrity Dinner.

“A good part of his heart was in Stratford,” said Robinson, who worked briefly with Inkol at CKCO and also used Inkol’s memories of the Indians’ 1952 playoff run in a book released in 2019.

Former Beacon Herald sports reporter and editor John Kastner said Inkol was a family friend and a big reason why he chose his career path. Kastner was eight or nine when his mom worked with Inkol at the radio station, and Inkol used to bring Kastner into the press box at Classic City Arena and National Stadium.

“You look back and say, ‘How much of an influence was this? Who impacted you?’” he said. “Now, when Bill dies, you think he might be the reason I became a sports writer in the first place.

“I was fascinated watching a game and then writing about it.”

Kastner covered the 1985 American League Championship Series between Toronto and Kansas City and remembers going to the auxiliary press box down the left-field line at Exhibition Stadium. Inkol dubbed it Hollywood Squares, and the veteran broadcaster was there with media heavyweights like Bob Costas, Milt Dunnell, Jim Proudfoot and Mitch Albom.

“He always had a presence in the press box,” Kastner said. “He was funny, and people knew him. He was an absolute gas to be around, and self-deprecating.”

Inkol made Kastner, then 27, feel welcome, just like he always did, whether it was at the ALCS or a Kitchener Rangers game at the Aud.

“His mentorship, I would call it soft mentoring,” Kastner said. “He wouldn’t take you aside and say, you need to do this. It was almost sort of subtle and lead by example, and I watched how he watched the game. If he was a mentor to you, you didn’t know it was happening.”

Personally, Inkol was a valuable resource when looking back at the city’s storied hockey history. When someone passed – like Dinny Flanagan, Billy Flick, Howie Meeker and George Armstrong – Inkol knew to expect my call. I always appreciated his help, as did many others.

“He was good to me,” Robinson said. “He was always forthcoming with information and stories.” 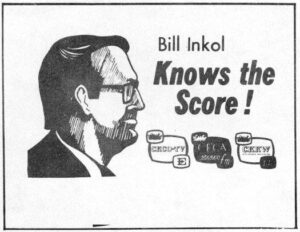 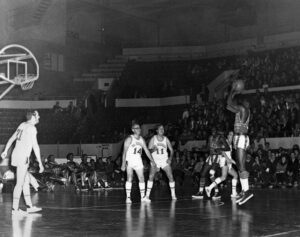 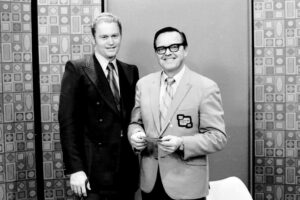 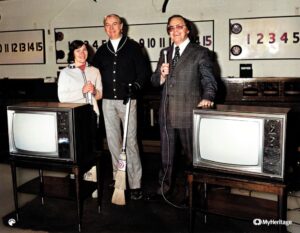 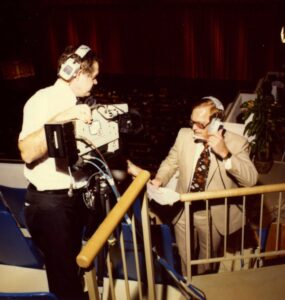 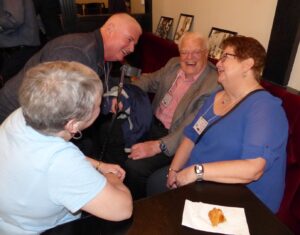